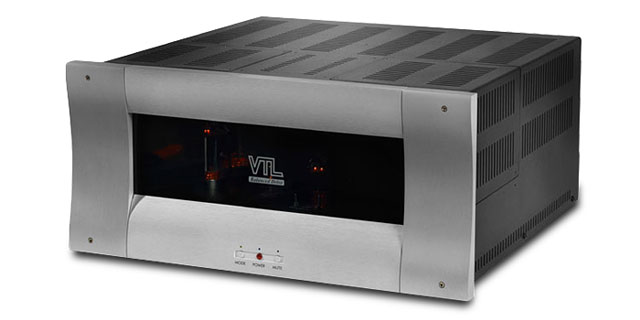 … “With the S-200 engaged, this system produced the best sound I have heard from the Giya loudspeaker at a show, with beautiful timbre, broad and deep soundstaging, and exceptional clarity on transients on material ranging from The Tape Project’s Nat King Cole release to Peter McGrath’s 1979 recording of Schubert’s B-flat Major Piano Sonata played from a MacBook Pro into the wonderful dCS “Vivaldi” DAC. There’s no doubt in my mind that the VTL S-200 Stereo Signature made quite an auspicious debut.”

… “VTL had to be rightfully proud of the sound they were getting from the S-200. There was plenty of the detail I’ve come to expect but there was also a wonderfully airy and open flavor to the musical fluidity and warmth that to these ears spells an authentic musical event, not just reproduction.”

This was an absolutely superb room presented by Music Lovers, a local dealer with not one but TWO Bay Area locations (one in Berkeley, one in San Francisco proper).

The Vivid Giya G-3 speakers ($40,000) featured here also feature in a running joke between my husband and myself. The joke is entirely on me: when I first saw the Giya G-1′s in Stereophile or some similar magazine a couple of years ago, I laughed out loud and scoffed about “ridiculous looking speakers for space age bachelor pads” or somesuch. This lasted until I actually heard them last year (I believe it was at T.H.E. Show in Newport), at which point I swore under my breath a lot and then vowed never to judge speakers by looks alone, especially when it turns out that the looks are also hugely functional, as in the case of the Giya series.

But I digress! This room also featured the debut of the VTL S-200 stereo amp ($10,000), the latest in their Signature series. This fully balanced amplifier also features VTL’s SmartTube automatic biasing technology as well as adjustable damping. VTL also provided their TL-7.5 Series III Reference Linestage ($20,000) and TP-6.5 Signature Phono Stage ($8,500). Digital was provided by the dCs Vivaldi Transport ($39,999) and dCs Vivaldi DAC ($34,999). Brinkmann Bardo took care of vinyl with their turntable ($9,490) and Pi cartridge ($2,700). Reel-to-reel tape finished out the analog set-up; unfortunately, I don’t have the make/model in my notes, but tapes were provided by Tape Project. Cables and power products were all provided by Transparent Audio Reference ($12-58,000).

So, how did it sound?

In a word: superb. I visited this room several times over the weekend. On Friday I was treated to an a capella track, and marveled at how distinct the voices were and how detailed. This was followed by a track from British rockers Alt-J (provided, I believe, by an attendee), demonstrating that the Giyas can be plenty punchy when rocking out. Later on in the weekend came a sublime sampling of Nat King Cole, courtesy of Tape Project. One of the amazing things to me was how un-localizable these speakers are; with my eyes closed, I would be hard-pressed to pinpoint where they were placed in the room. On Friday there was a bit of boominess and smearing in the bass, but as the weekend progressed, room treatments were tweaked and gear warmed up and this issue disappeared completely.
VTL is an excellent pairing with this speakers; the new stereo amplifier gives the impression of having plenty of power on tap, and provides clarity and tone without shading into unwelcome warmth or romanticism.

I very much hope that Beatrice Lam of VTL, Vivid Audio distributor Philip O’Hanlon, and dCS distributor John Quick of Tempo Audio Sales are proud of their room’s performance, because it was truly one of the highlights of the show.”

VTL’s legendary Signature series has long been valued by music lovers who seek outstanding sound at a fair price. The new S-200 takes that proposition to a new level by including VTL’s latest technology in a space saving single chassis design. All the features and functionality of the renowned MB-450 and MB-185 Series III Signature monoblocks are built in, but in a package costing significantly less. With top quality parts, a fully balanced design, and innovative engineering, the S200 offers a listening experience unparalleled at this price.

This 200 watts/channel stereo amplifier is packed with technology VTL has spent years developing. A fully balanced differential input stage drives a differential phase splitter and a lower impedance push-pull output stage with a custom made, fully balanced, interleaved and coupled output transformer. Like its stable mates, the amplifier incorporates VTL’s SmartTube technology with automatic bias adjustment and fault sensing, making this amplifier especially welcome to music lovers who value ease of use. With the S-200, there’s no need to guess when or if a tube may need to be replaced.

The S-200 also features a user adjustable Damping Factor feedback control that allows the user to adjust the amplifier’s output impedance by varying the amount of negative feedback. Impedance can now be precisely set to suit the listener’s taste, and to improve control of the loudspeaker loads to deliver best performance.

The 3 possible settings are:

The S-200 bears a similar sonic signature to its bigger brother, the MB-450 Series III Signature monoblocks. The mid bass authority and control is excellent while the midrange and top end reflect natural timbres and instrument colors effortlessly. The amplifier’s agility and speed, its very low noise floor, and its ability to drive a wide range of speakers are distinct features that few other tube amplifiers in this price category can offer. Pair it with VTL’s TL5.5 Series II preamplifier for one of the most compelling and seductive sounds available anywhere close to the price. 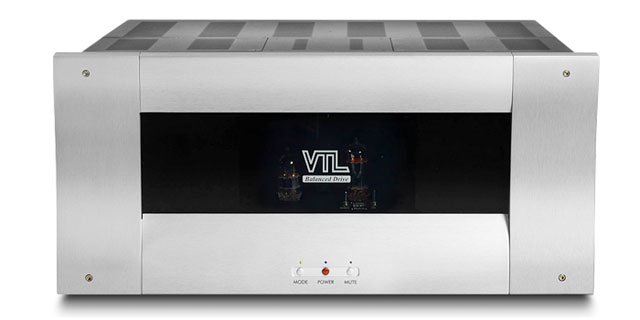